I'll soon upload a video and full description of this project. 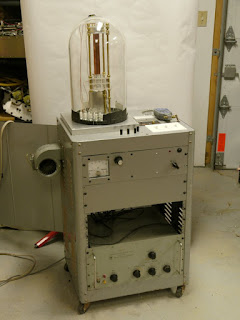 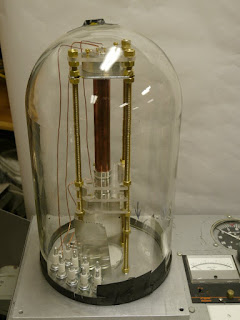 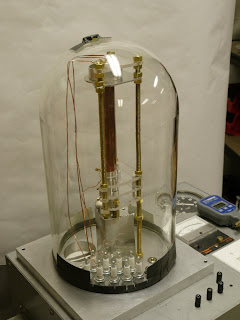 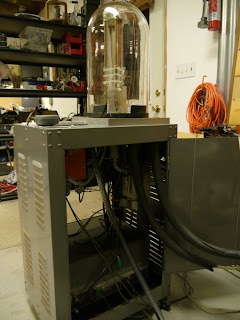 This blog post will show my entry for the 555 timer circuit design contest at http://www.555contest.com 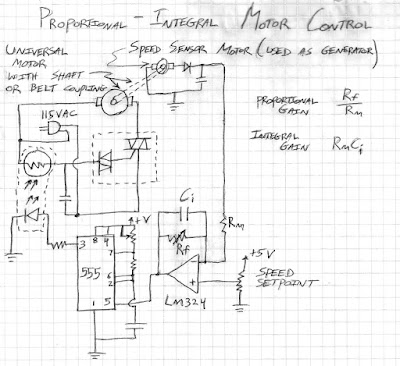 This is a motor speed control circuit that allows safe and easy control of 115VAC "universal motors" like drill motors, blender motors, other power tools, etc.

The motor is controlled directly by a triac-diac component that is found in variable-speed universal motor devices (such as electric drills.) The component will not allow current to flow through the motor until the R-C network charges to a certain level. In this case the capacitance is fixed, but the resistance is determined by a CdS photoresistor. A standard LED is optically coupled to the CdS photoresistor, and the LED is controlled by a 555 astable circuit. The duty cycle of the 555 output waveform will determine the average amount of light falling on the CdS photoresistor, and thus the CdS resistance, and thus the current flowing through the motor. For best operation, the 555 output frequency should be much higher than the mains AC frequency (ie 60 Hz). A good value for the 555 frequency would be about 5 KHz.

The 555 control voltage is set by an opamp circuit (LM324) that amplifies the difference between a user-set voltage and a voltage generated by a small motor whose shaft is coupled to the main motor being controlled. The small motor's function is to generate a DC voltage that is proportional to shaft speed. Its value is amplified and integrated by the opamp circuit for programmatic proportional and integral control.

The 555 serves as a high-current pulse driver for the LED, taking an analog control signal and allowing some control of the pulse rate and height via the R-C timing network and current-limiting resistor.
Posted by Ben Krasnow at 4:37 PM 1 comment:

In this video, I describe how to build an air muscle, and use it to create a force-feedback joystick


Link to the instructables article (not written by me): http://www.instructables.com/id/How-to-make-air-muscles!/