Behind the scenes at Applied Science: Why video? Camera gear. Shop tour.

Ask questions in the comments, and I'll answer as many as I can.

I show my video production process, answer questions about why I make videos, discuss camera gear, and do a quick shop tour.

Smarter Every Day does a great job at capturing the excitement of discovery: https://www.youtube.com/watch?v=AnaASTBn_K4

https://www.patreon.com/AppliedScience
Posted by Ben Krasnow at 5:06 PM No comments:


A plain laser diode can easily measure sub-micron vibrations from centimeters away by self-mixing interferometry!  I also show how this technique can be used for range-finding.

I tested the 32KHz MEMs oscillator used in some phones, and discovered that just a 2% helium environment will cause the oscillator to fail.  I also do a teardown of the MEMs device, and inspect it under the electron microscope.

Dry water and Burning ice: all about gas hydrates

Two unusual materials with unusual names.  I show how to make "dry" water and propane gas hydrate, which looks like ice and is flammable.

I developed a new chemical process to make double-sided PCBs with a laser cutter, and some common chemicals.  This is intended to be used on SLA 3D-printed parts, but may work on many materials.

A practical introduction to understanding magnetic devices such as transformers and motors. This video covers BH curves, reluctance, permeability, DC and AC magnetic circuits, and some applications.

Please put questions in the comments, and I'll do my best to answer them! I apologize that I didn't mention inductance.

This video focuses only on the magnetic side of things. Inductance is how the electrical circuit interacts with the magnetics.

https://www.patreon.com/AppliedScience
Posted by Ben Krasnow at 8:21 PM No comments:

Candle flame is repelled by magnets (and Zeeman follow-up)

Why is a candle flame repelled by magnets? It turns out to be a combination of diamagnetic soot particles and hot gas.

On Flame and Gases: https://books.google.com/books?id=D8NAAAAAcAAJ&pg=PA187&lpg=PA187#v=onepage&q&f=false


I should have mentioned in the video that the exhaust from a flame will be oxygen-poor, thus also making it more diamagnetic than normal air.  Air is a mixture of nitrogen (diamagnetic) and oxygen (paramagnetic). Removing the oxygen will make the resulting gas more diamagnetic.


I demo the Zeeman effect with a sodium flame and 1 tesla electromagnet!

Microwave oven transformer.  The price has been going up on these.  I seem to remember paying just $10 or $20 each.  Finding junked microwave ovens is fairly easy too.  https://www.ebay.com/itm/Microwave-Oven-High-Voltage-Transformer-GAL-700U-1-w15/273263153173?hash=item3f9fc0d015:g:JXUAAOSwC~1bFzPk

How to avoid off-flavors in homebrew beer 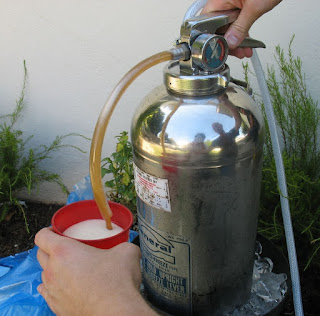 Off topic for this blog, but I wanted to document the most important things I've learned after brewing for 10 years, and wish that I had known when I got started.

-Avoid plastic in all parts of the brew process.  Using a plastic spoon to briefly stir the wort is probably fine, but stainless steel is always better.  Be wary of how the hot wort may absorb plastic flavorings as it passes through funnels, filters, hoses, or whatever your process entails.  After the beer is made, do not store it in plastic, or leave plastic parts submerged in the beer.

-Do *not* use a plastic fermenter bucket!  Even when it is brand new, it will leech plastic flavoring into the beer, and after it's been used a few times, it will leech wild fungus/bacteria into the beer.  It doesn't matter how careful you are in cleaning it.  Some brewers blame the taste of "plastic bucket beer" on the oxygen permeability of the plastic.  I really don't know.  Just don't use a plastic bucket.

-Most commercial brew recipes use far too little yeast.  For a 5-gallon batch, use at *least* two packets of dry yeast, and hydrate them in a bowl (not plastic!) with a little sugar for 15 minutes before adding to the wort.  Pitch the yeast when the wort is still a little warm (75*F is good).  The yeast will multiply more rapidly, and get the fermentation off to a good start.

- Filter or decant the trub and hop sediment after the boil.  Don't just dump all of those solids into your fermenter.  It will be more difficult to clean later, and the boil has already extracted all of the desirable flavor components.  Filtering with a metal mesh is a good idea.

- Many styles of beer benefit from dry hopping.  Instead of adding the aroma hops in the last minute of the boil, put them aside. After you transfer the beer from the primary fermenter to the secondary, add the hops and filter them out later.

- Clean glass carboys by filling them up to the neck with water, then add 1 cup of bleach, and fill it to the brim with water.  Let it sit for a few days.  The bleach will destroy organic matter in the carboy, including stuck-on chunks.  After thorough rinsing and drying, the bleach will be undetectable and the glass will be so clean, water will sheet off and make rainbow interference patterns because it forms such a thin film.

- Don't worry about hospital-level sterilization in the brew process.  Just rinse everything with Star-San, and leave the suds (do not rinse in freshwater).  The suds will not hurt the flavor of the beer at all, and the bubbles may increase head retention.

- Use your nose to determine if a container (ie a fermenter) is clean.  If it smells even a little funky or bleach-y, it is not ready for use.  Your nose is very sensitive -- trust it!

- Keep the beer in the dark at all times.  I wrap a dark bath towel around the carboy, and spray water on the towel during hot months to help keep it cool.

Add the filled grain bag to 2-3 gallons of cold water in an enameled stock pot, and heat to 160*F over the course of an hour, then remove the bag.

When the full 60 minutes has passed, cool the wort quickly with an immersion coil cooler.  After it has cooled below 100*F, pour it through a metal mesh filter (stainless steel coffee filter or tea filter is good) into a squeaky-clean 5-gallon glass carboy.  Add cold water forcefully (to whip in air) to make about 5 gallons.

Add 2-3 packets of dry yeast (I usually pick Safale US-05) to a bowl of warm water with a spoonful of sugar.  Stir it occasionally, and when it is frothy, dump it quickly into the carboy.  Add the airlock, and wait until bubbling mostly stops (1 week).

Rack the beer into a second glass carboy, trying to leave as much sediment in the primary as possible.  Add the aroma hop pellets directly to the secondary, replace the airlock, and wait a couple weeks.  Rack the beer through a metal mesh filter into the keg, again avoiding the sediment.

The new Form Labs printer prints my brain and a bunch of other highly detailed stuff.

Download my brain: https://www.thingiverse.com/thing:2903048
Complete instructions to print your own brain: https://github.com/miykael/3dprintyourbrain
Using the above tool on Windows:  http://nuclear-imaging.info/site_content/2016/09/12/installing-running-freesurfer-windows-10/

Glowing plasma created by a high speed jet of water

Spraying water onto a piece of glass will create plasma (no, really!).

150K psi gauge was found on eBay after a very long search.  Rare!

3D resolution test on the Form2

Here are some high-res photos of the 3D SLA test from Thingiverse (https://www.thingiverse.com/thing:1219068).  These were printed on the Form Labs Form2 desktop SLA 3D printer.  The material is Tough V5.  The model on the left was printed with 0.1mm layers, and the one on the right with 0.05mm layers.  These models were printed directly on the bed of the printer in the orientation shown here (ie the wood tabletop is in the same position as the printer model base). 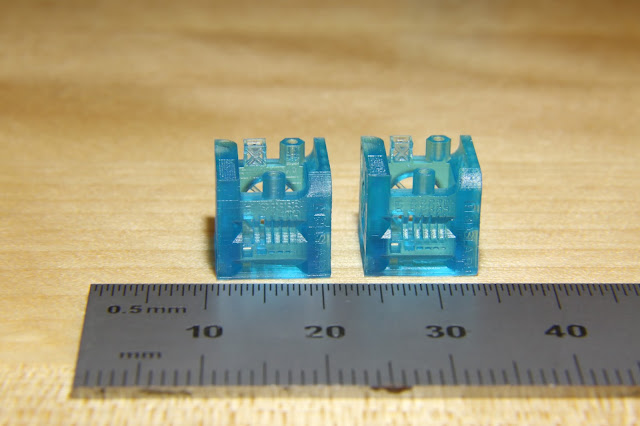 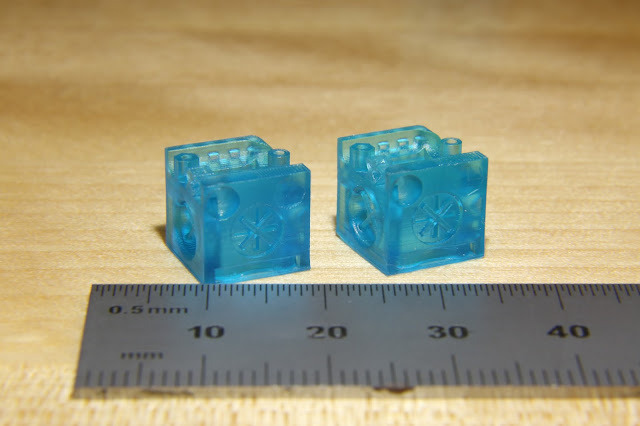 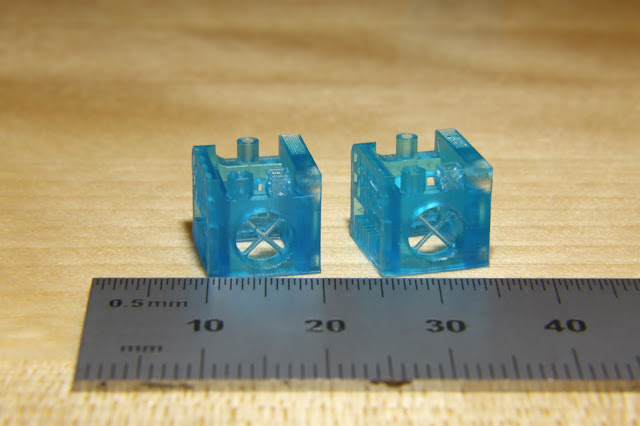 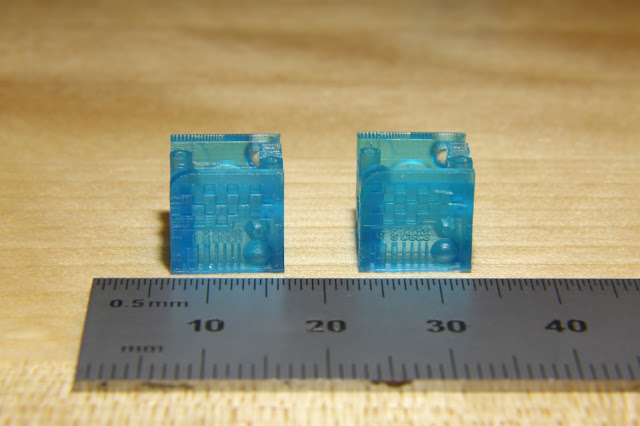 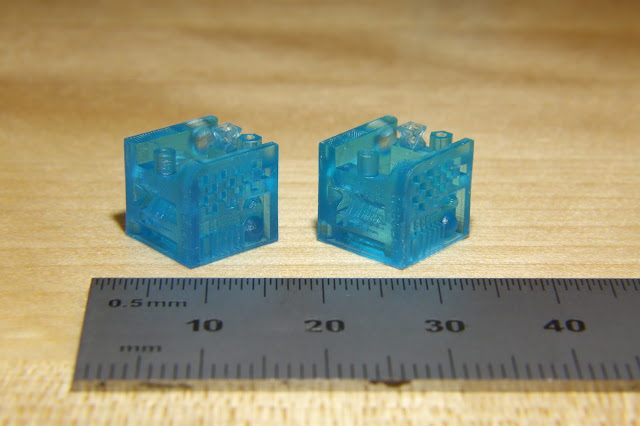 How to make and test your own pieces of YBCO superconductor.

All chemical purchased on eBay.

The kiln that I used:  https://www.sheffield-pottery.com/PARAGON-QUIKFIRE-6-KILN-p/pqf6.htm


This video is a freebie for Patreon supporters, and I will donate any awards to a STEM education charity.