Comcast cable internet is cheaper and much faster than AT&T DSL in the SF Bay Area. Here's the comparison: 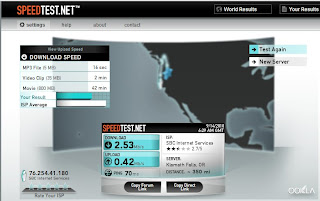 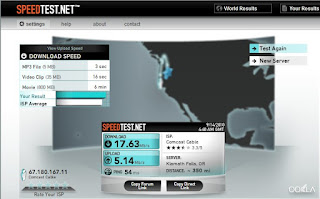 
Here's what I learned:

Do not call Comcast's phone number. Instead, use their online chat feature. It seems the people in the call center are unable or less willing to make a deal than the chat room people.

Each CSR (rep) acts as his or her own negotiator. They all have different quotas and desire/ability to make deals. Start a chat session and just ask for current promos. If nothing sounds good, refuse politely and try again in a few minutes/hours/days. Different reps will offer different deals.

In one chat session, I mentioned that I currently had AT&T DSL. A few minutes later, the Comcast rep offered me cable internet for $33/month. What a coincidence! That's exactly what I was already paying for DSL. The reps have more information than I thought. The rep would not go lower than $33/month and I eventually refused.

Buy your own cable modem. eg http://homestore.cisco.com/viewproduct.htm?productId=54377589
For $30 or less, you can beat the $5/month rental pretty fast. 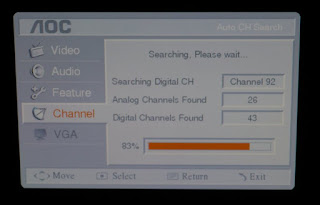 I do not want cable TV service (even for free), but I brought in my shop monitor from the garage to test if cable TV was indeed available. It appears so. The Comcast tech did not install any sort of filter between my house and the poll. I flipped through it, and it appeared to be all working. The only thing that caught my eye was an old Star Trek The Next Generation episode. I will return the TV to the garage and not even worry about "stealing" cable TV. 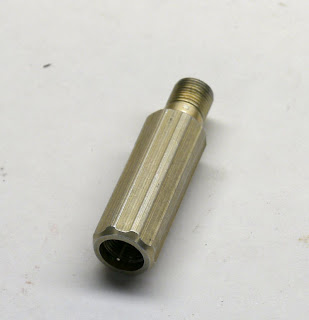 Here's a photo of a device that the Comcast tech called a "trap." It's not a trap in the electrical sense. It's more of a mechanical security device. 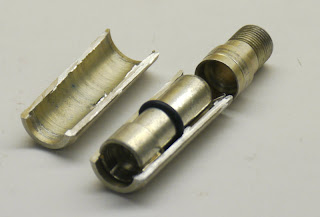 The tech left it on the ground after completing my installation, so I decided to cut it open to see its internals. 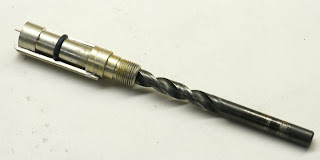 If this were a 1/4" left-handed drill bit, it might grab the inner piece of metal enough to turn it counter-clockwise.
Posted by Ben Krasnow at 10:32 PM