I've been trying to determine just how difficult it would be to build a house in the SF Bay Area. The first part of the process involves finding a piece of land and checking its topographical features (among myriad other things). Google Earth is great for this task, but the topographical resolution is not high enough to get a very accurate estimate of the work needed to prepare the lot for a house. I happened to have a detailed topo map that was prepared for a property in which I am interested. I editing the map in GIMP to make a transparent GIF, then imported the image into Google Earth. Unfortunately, the transparent pixels were replaced with white, but Earth still allowed me to adjust the image's overall transparency. Alignment was made easy by existing fences and lot lines. 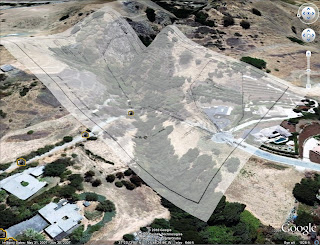 This is really great way to visualize the land's topography. 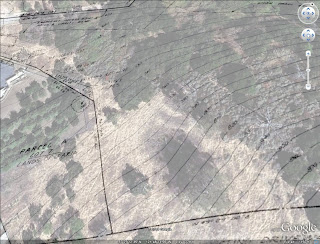